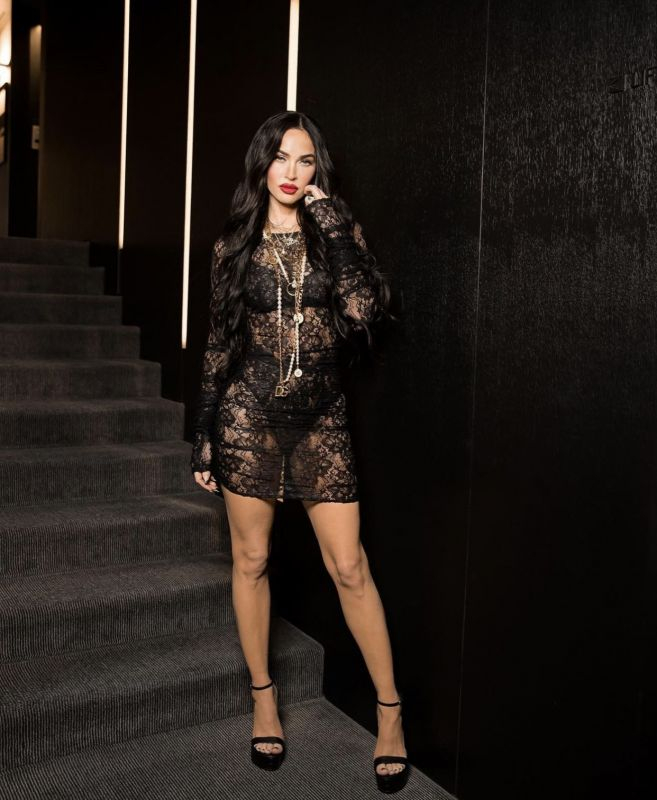 Actress and photo model Megan Fox went public in a revealing image and was revealed online.

Corresponding photos and comments appeared in the Daily Mail.

Megan Fox, 35, was pictured backstage at Dolce & Gabbana's Fall/Winter 2022 men's collection show. She is wearing high-heeled sandals and a black mini dress with long sleeves, through a transparent lace fabric that shows her underwear. For jewelry, Fox chose a massive pearl necklace.

These days Megan Fox, the bride-to-be, is in Italy, where she flew to support her boyfriend, Machine Gun Kelly. The rock musician took part in the Dolce&Gabbana men's show as a model - the tall blond opened and closed the runway, showing two contrasting monochrome suits. It turned out that his girlfriend also changed two outfits during this fashion evening.

First, in the show's front row, Meghan appeared in a lace bodysuit and leather pants with endless laces. But a few minutes later, at the prompting of her stylist, Maeve Reilly, who is accompanying her on this trip, changed the look to even more "naked" and sensual.