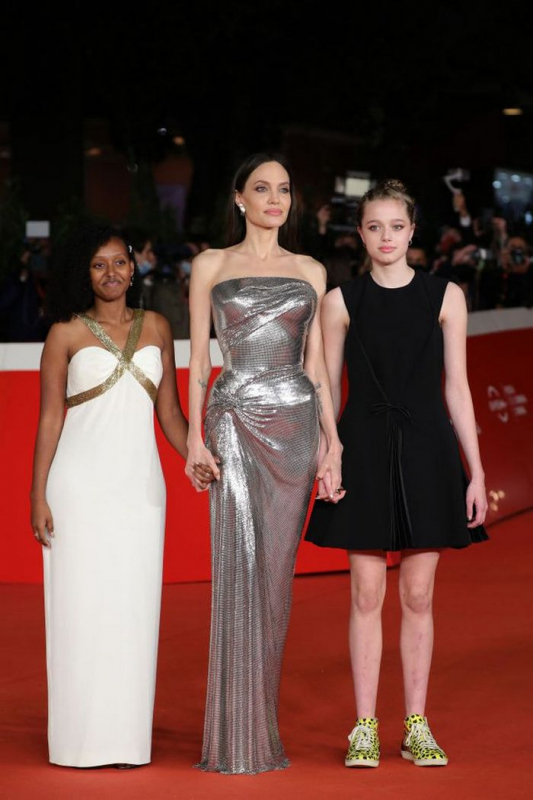 Along with her mother, Shiloh Jolie, Pitt appeared on the red carpet at the Rome Film Festival. The 15-year-old girl does not cease to admire her face of incredible beauty and slender figure.

On Sunday, the American actress and her two older daughters graced the red carpet in Rome. The star mom looked gorgeous in a glamorous silver strapless dress from Atelier Versace. The outfit emphasized Angelina Jolie's slender figure in all its glory. The star of "Lara Croft" finished the image with perfectly smooth hair and discreet accessories.

The Hollywood actress was joined by her daughters. Zahara, 16, looked beautiful in a snow-white dress with gold Greek-style jewelry. But all eyes were still on the famous Hollywood couple's native daughter.

Pitt's Shiloh Jolie, 15, had created a furor a few days earlier when she made her first public appearance in a dress. The girl dressed as a boy for a long time and announced her intention to change her gender.