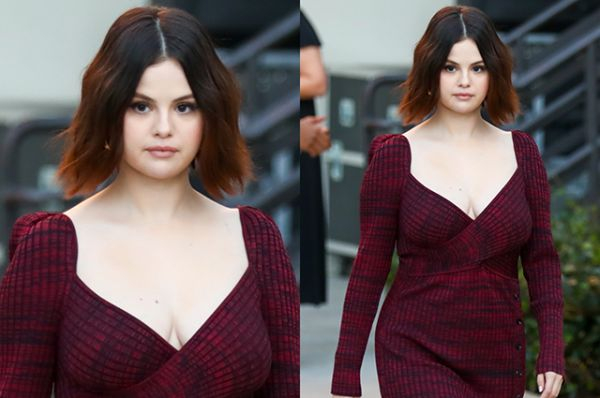 Selena Gomez is now actively engaged in a promotional campaign for the new Hulu detective series "One House Murders," where she played one of the leading roles.

The actress was spotted after an interview in Los Angeles.

For the outing, the 29-year-old singer and actress chose a laconic and spectacular outfit. Selena wore a burgundy knit Self-Portrait dress with buttons and a plunging neckline and leather mules with high heels. She complimented the image with a natural hairstyle and low-key makeup.