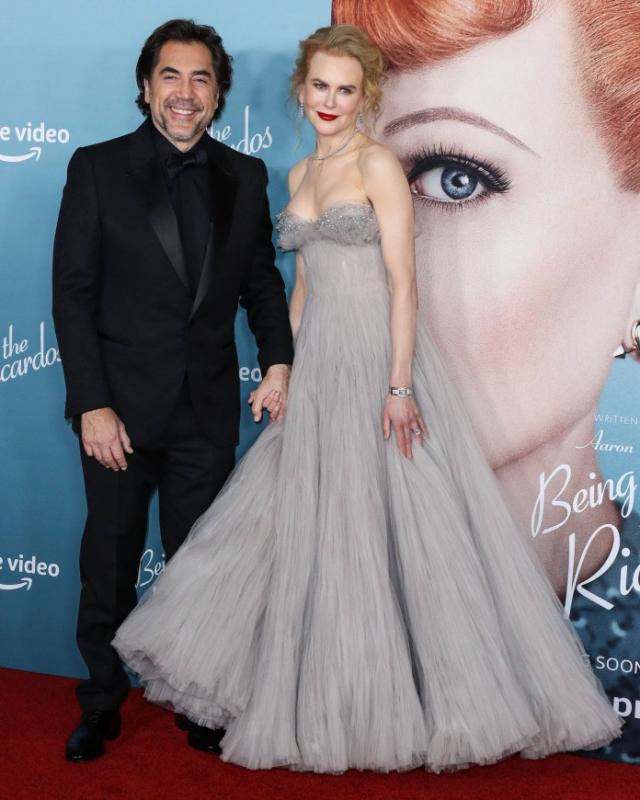 The star came in a sexy gray strapless dress.

Hollywood superstar Nicole Kidman captivated the audience at the film's premiere with her participation in "Being Ricardo." The film also starred actor Javier Bardem.

The gray strapless dress, which hugged the figure of the actress, did not leave fans indifferent. The creator of the outfit was the Armani brand.

The star complemented the ensemble with high-heeled shoes from Jimmy Choo and a diamond necklace. The actress wore a watch from Omega.

The film's plot tells the story of the complex relationship of the actors of the sitcom. A severe crisis threatens to jeopardize their married life.