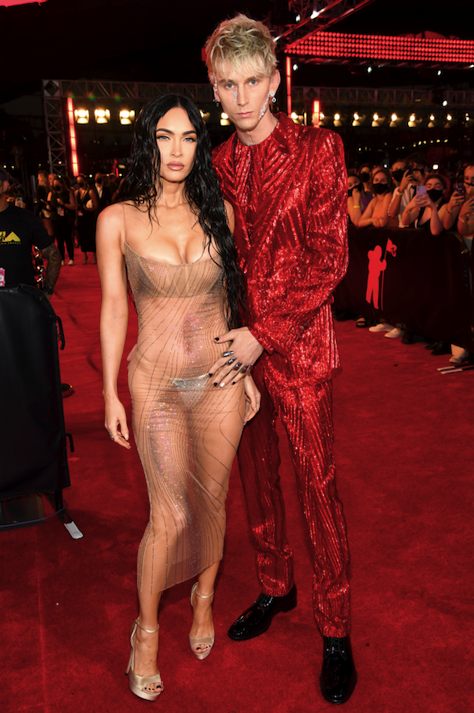 Every appearance of Megan Fox in public provokes heated discussions about the actress' stunning outfits. And this time was no exception.

New York City hosted the ceremony of presenting music awards MTV VMA 2021. The most discussed star of the evening was undoubtedly Megan Fox.

The 35-year-old actress has appeared at the awards in a naked Mugler dress.

The star didn't hesitate to show off her shiny panties and flesh-colored bodice, as well as her chic figure. Silver high-heeled sandals complemented Fox's image by Jimmy Cho and a hair styled with the effect of wet hair.

The actress's boyfriend, Machine Gun Kelly, appeared in the spotlight in a red sequined suit Alta Sartoria by Dolce & Gabanna.

At the award, the rapper won the award for best alternative music video.