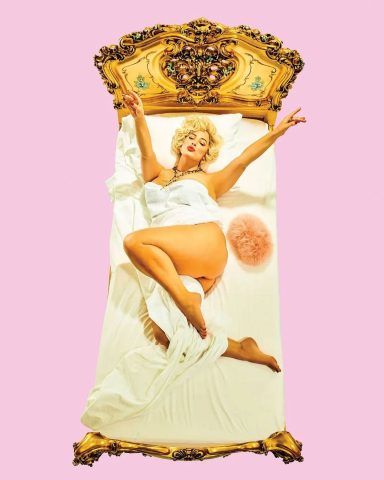 Ashley Graham showed off a new photo taken for The Cut earlier in the day.

The chubby beauty appeared in the image of the most famous blonde in the world - Marilyn Monroe.

The photo that Ashley posted on her blog turned out to be seductive and bright. Not surprisingly, the post gathered a lot of positive feedback.

Ashley loves to transform into different characters for the sake of filming. And her free texture and instead a plastic appearance allow her to do it as harmoniously as possible. This time Graham showed a new picture, which appeared in the image of Marilyn Monroe.

She is lying in bed, wrapped in a white sheet. The image was completed with black beads with a pendant. The girl got bright makeup with red lips and highlighted cheekbones.

Ashley took a candid pose, showing her hips and buttocks. Well, getting into the role of a sex symbol was relatively easy for the hot mommy. There was quite a stir among her fans.