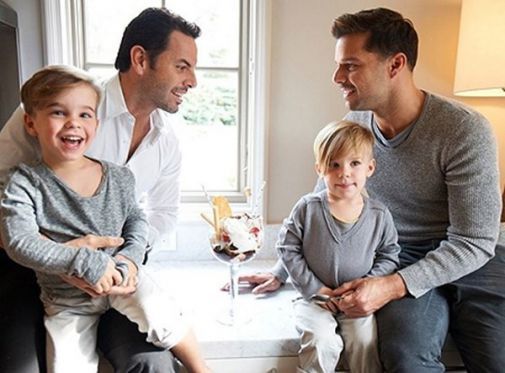 The romance between lovers began in 2016, and in 2018 they legalized the relationship. Before meeting with Gwan, Ricky raised twins Valentino and Matteo, who are 12 years old. In a relationship with Joseph, Ricky became the father of two more children - Lucia and Rennes. A surrogate mother helped the children to be born. Martin adores children and, according to him, dreams of raising four pairs of twins.

In a recent interview for Extra, Ricky shared his thoughts on the future of his descendants. He knows what it's like to start a career in show business from scratch, so "he has no choice but to help his children."