Ricky Martin showed a photo with his husband 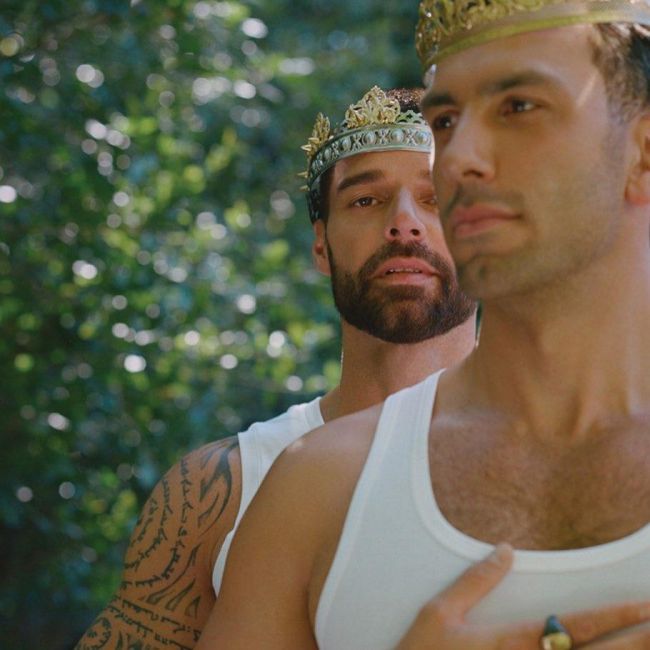 The singer has published new photos.

In the pictures, the couple appeared in white T-shirts, black pants with stripes, and crowns. It is worth noting that Jwan had a female crown on his head, while Martin had a male crown. In the photo, Jwan hugs Ricky from behind.