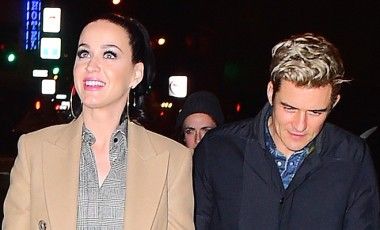 Now Katy Perry and Orlando Bloom are expecting a baby. In April 2020, lovers reported that they would have a daughter.

The other day, information appeared on the BlindGossip portal that Katy no longer wears the engagement ring that Orlando gave her.

At the same time, there are rumors about problems in the relationship between Perry and Bloom. The singer herself does not hide that during her pregnancy, her behavior changed. In jest, she talked about how she could not imagine how an actor withstands forced self-isolation.

However, the Web rumored that it is not a matter of conflicts between the singer and the Hollywood star. According to insiders, the whole point is that due to a new situation, Katy's fingers are slightly swollen, so she decided to remove the jewelry for a while.