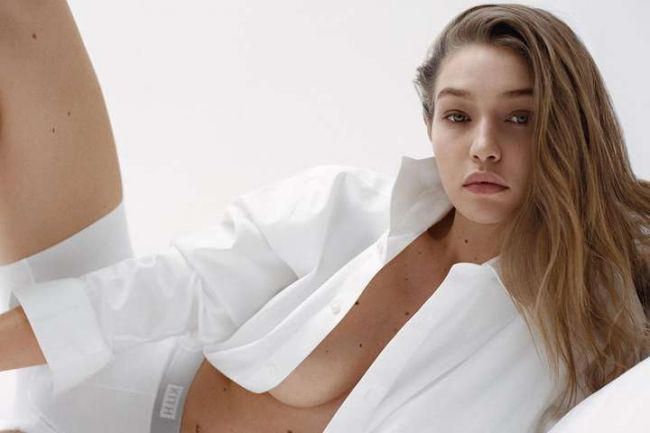 Gigi tried on a white shirt and stylish high waist panties. Of the clothes, the top model kept only light jeans. Gigi playfully pulled her panties taller, teasing fans. The star was also photographed in sparkling underwear. The girl threw an oversized bomber over her shoulders.

Billboards with sexy Hadid footage graced the streets of New York. Gigi starred without a bra. Long strands of hair covered her bare bust. The supermodel chose a natural look for the photoshoot. Makeup artists applied a minimum of makeup to her face.

The shooting of the fashion campaign took place earlier this year. At the time, Hadid was in her early pregnancy.