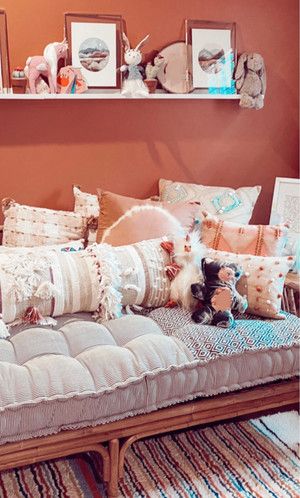 Supermodel Gigi Hadid has rarely appeared on the streets and even on social networks - the fact is that recently the star became a mother.

But sometimes, the younger Hadid shares touching pictures with fans.

Gigi showed the nursery to her newborn daughter. The room is decorated with cute toys, paper swallows, paintings, and prints. The child also has his library.