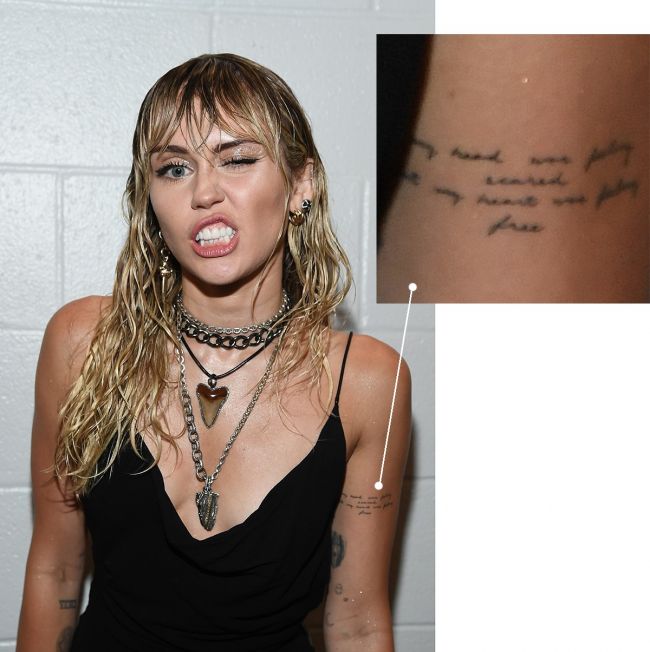 The star nominated in the "Song of the Summer" and "Anthem of Strength" categories with Mother's Daughter track. Miley didn't win, but her performance with the new track Slide Away, released after breaking up with Liam Hemsworth, dedicated to him.

During the performance, it was possible to evaluate not only the song and the image of Miley in a small black dress but also the singer's new tattoo. Cyrus first demonstrated a symbol on the inside of her arm that read 'My head was feeling scared, but my heart was feeling free.'