Dakota Johnson made a splash in a Dior dress 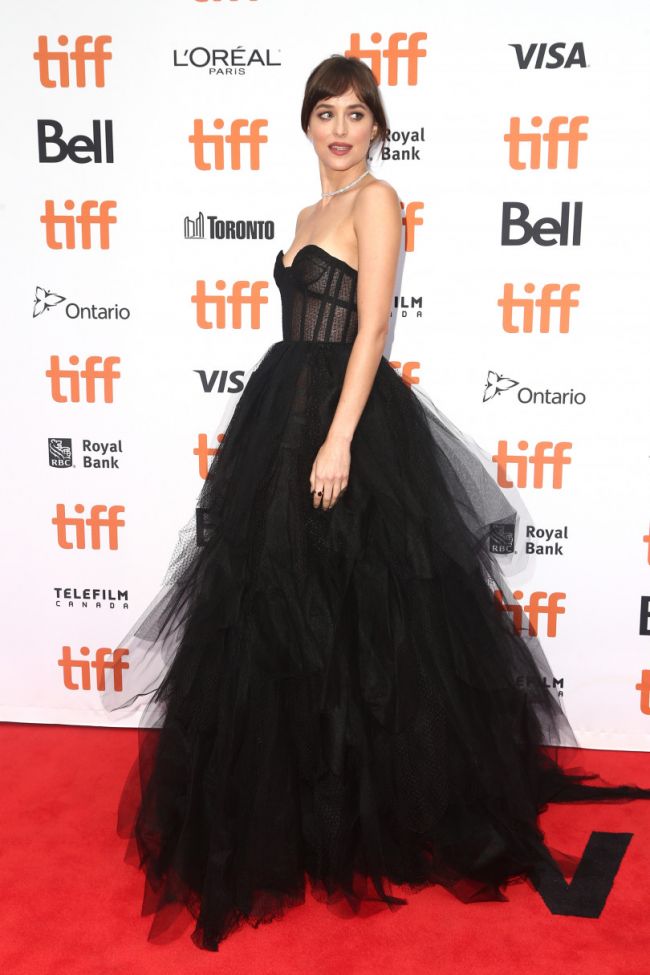 Toronto is currently hosting the TIFF Film Festival, which gathers no less than celebrities on its red carpet than the Venetian.

Recently, the main star of the evening was Dakota Johnson. The actress flew to the film festival to present the new film “The Friend.”

As soon as Dakota appeared on the red carpet, celebrity paid all the attention of both guests and photographers. And the thing is in the perfect image of Johnson. At TIFF, the actress appeared in a black couture Dior dress with a transparent corset, a deep neckline and a voluminous skirt of several layers of tulle. An elegant diamond necklace complemented the spectacular look.