The actress bit Beyonce's face because of her husband 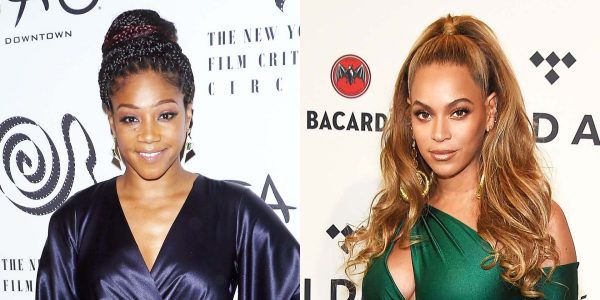 Numerous fans Beyonce and Jay-Zee are looking for an actress who allowed herself to attack their idol. American actress Tiffany Haddish gave a sensational interview to a glossy publication in which she told a shocking story that happened at a secular event last December. According to the star, one of the actresses attending the evening, got to the singer Beyoncé and bit her face.

The enraged singer ran to Jay-Z's husband and led him to the other end of the room to talk about something. Then the friend of the singer came up to Tiffany and said: "Can you imagine this *** just took and bit Beyonce?"

Speaking of the incident, Haddish refused to name the rival of Queen R'n'B and declassify the details. Presumably, a quarrel between the women occurred after the actress began to flirt with her husband Jay-Z. The acquaintance of Beyonce wanted to intervene in the situation and take revenge on her offender, but the singer forbade taking any measures. According to Haddish, Beyonce suggested that the hooligan was under the influence of prohibited substances.