Pregnant Miranda Kerr on the afterparty of the Golden Globe Award 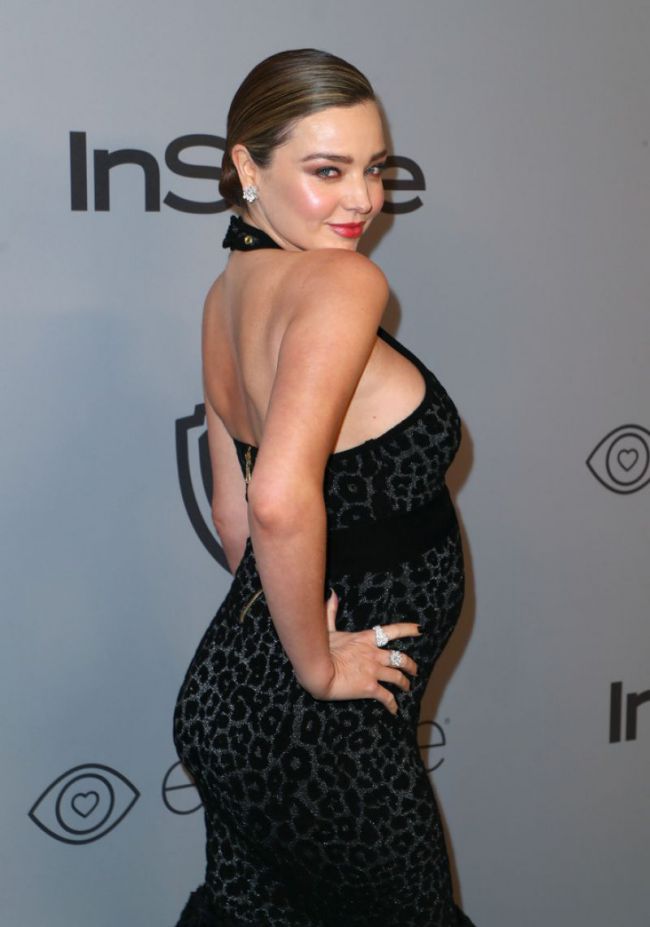 In Los Angeles, the Golden Globe Award ceremony took place. On the red carpet went many celebrities, including the pregnant Eva Longoria.

34-year-old Miranda Kerr, who is also expecting a child, was not among the guests of the event, but the model came to the afterparty prize - the InStyle and Warner Bros. party. For the release of Miranda chose a seductive fitting dress with a leopard print and train. The outfit highlighted the rounded belly of the model. The image of the celebrity supplemented with black sandals with thin straps. Stylists gathered the hair of the model in a bun and made a romantic make-up.

Recall, Kerr is expecting a child from the creator of SnapChat, 27-year-old Evan Spiegel. The couple got married last spring. The model also has Flynn's son from ex-husband Orlando Bloom. Guests of the party also became Nina Dobrev, Mariah Carey, Nikki Reed, Emily Ratakovski, Christina Hendricks, Vanessa Hudgens and others. By the way, as a sign of solidarity with victims of sexual violence and harassment, all guests of the Golden Globe Award and afterparty decided to come in black dresses.