Kate Middleton at BAFTA ceremony in a beautiful dress 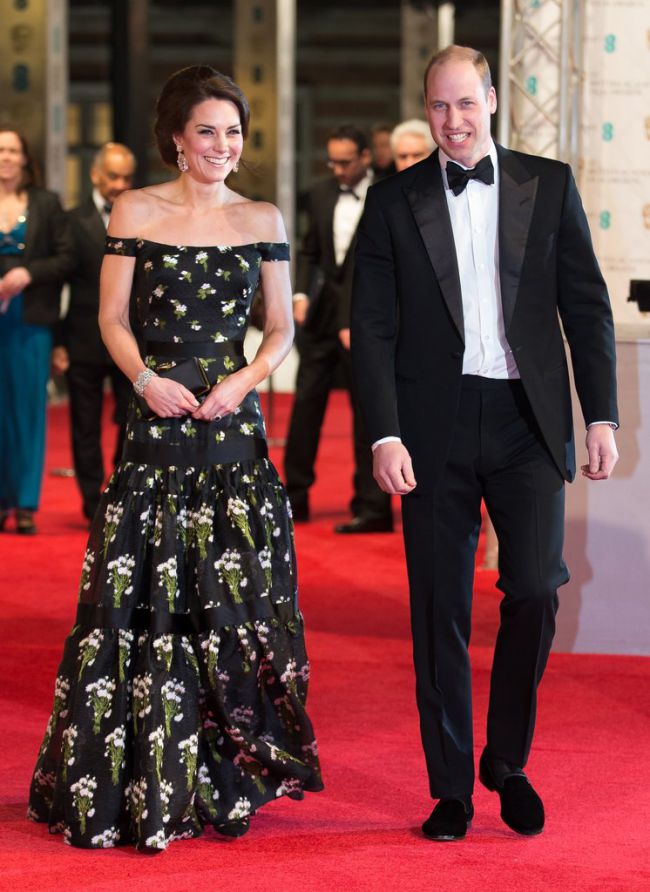 Kate Middleton rarely becomes the heroine of scandalous news (maximum - she can be accused of squandering the royal budget), but this week she had to try not to be drawn into a grand showdown.

Last week, the name of the duchess stood in one line with the name of Harvey Weinstein, the main villain of Hollywood. Kate was invited to the BAFTA ceremony, where the Hollywood community again decided to come together in black to protest Harvey and the like. Kate black is very much to her face and last year at BAFTA she was in this color, but dressing like that now meant going against the royal protocol. According to the rules of the palace, it cannot show its political views and participate in such campaigns.

Ignore the overall dress code - it meant ignoring the problem of sexual harassment. An uneasy dilemma. To solve its duchess nevertheless it was necessary - yesterday on February, 18th - it together with spouse Prince William, as well as it has been planned earlier, became the visitor of ceremony of delivery of awards BAFTA. Prince William and Kate Middleton, as prescribed by the timing of the event, arrived at the ceremony a little later than all the other guests.