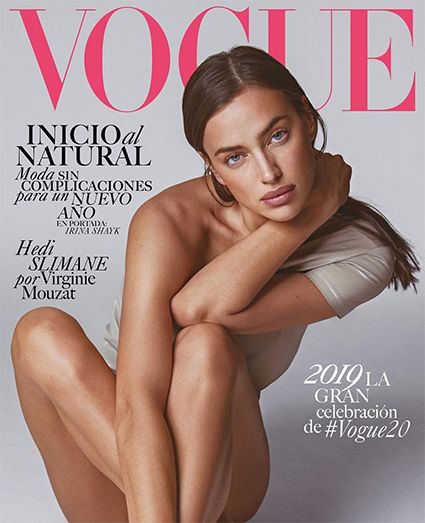 Model Irina Sheik successfully builds her career, despite the worries about her little daughter.

Recently, Irina has become the face of a new Vogue Mexican release.

On the gloss cover, the model appeared in a pose that was not typical of the cover. At first glance, it seems that Sheik is naked. But a similar effect arises due to the interlacing of arms and legs, and, of course, flesh-colored clothes.

An unusual photo, which Irina published in her Instagram, collected 300 admiring comments and 100 thousand likes in just an hour.