Why Did Wedding Guests Of Kate Upton And Justin Verlander Had To Wait For Them In Italy? 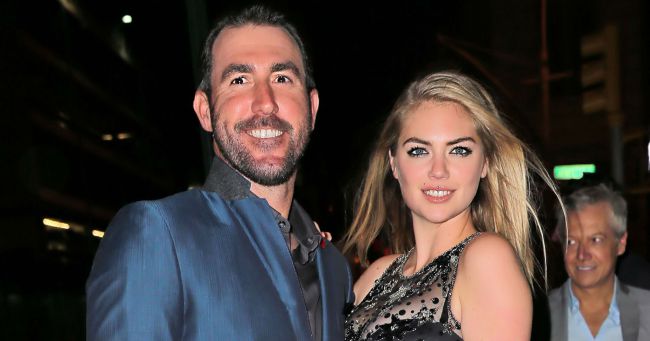 Kate Upton and Justin Verlander got married not long ago. They showed up on HBO’s Night of Too Many Stars: America Unites for Autism Programs fundraiser.

The event was held at Maddison Square Garden located in NYC. This was their first celebrity appearance after the nuptials.

The model, 25, and the Houston Astros pitcher, 34, tied a knot in Italy in the beginning of November. Several days before that Justin’s team won this year’s MLB World Series.

Jon Stewart was the host of the event. The newlyweds revealed a new Tommy Hilfiger clothing line created specially for “the differently-abled”. There are jackets with magnets and jeans with Velcro flaps within the collection.

Kate wore a strapless, shiny asymmetrical metallic gunmetal top. She wore it over a long black skirt. Meanwhile her husband had a gray suit.

The couple shared that guests at their wedding had to wait for them in Italy when Justin played in the final Game 7 of the World Series.