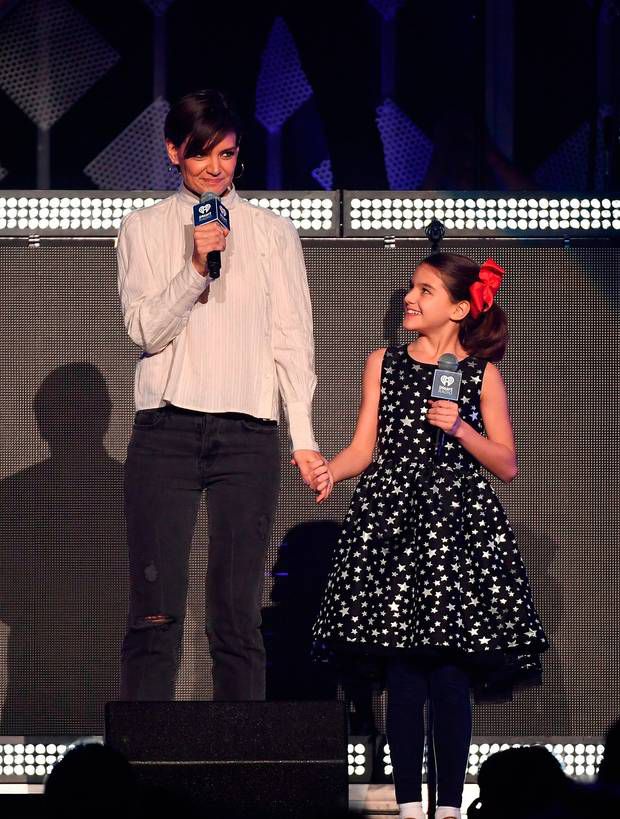 Katie Holmes and Suri Cruise, her daughter, showed off their holiday spirit at 2017 Z100’s Jingle Ball. She show was held in NYC not long ago.

The two appeared on the stage at Madison Square Garden and presented Taylor Swift ahead of her performance. Katie uploaded a shot of herself holding Suri’s hand on the Web. She also made a caption explaining where they have been.

Elvis Duran, the event’s DJ, joined the two on stage. According to Katie, Elvis is one of their favourite performers, so that was a big pleasure for them to be present on one stage with him.