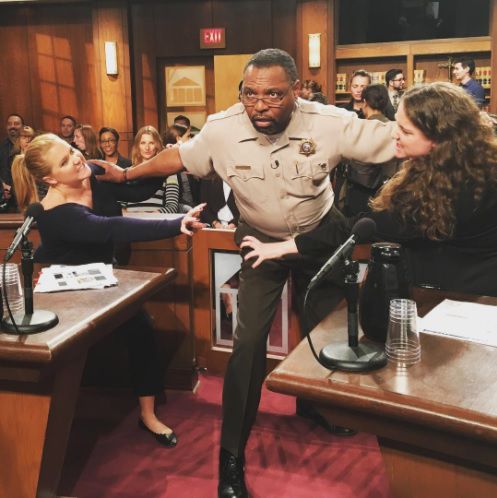 Meet Amy Schumer‘s court. A hilarious day was spent on the show’s set.

The Snatched star spent time on the set of Judge Judy. She uploaded a funny footage of her acting.

The caption reads that it was her dream day. Amy thanked for the great day.

Petri Hawkins-Byrd is a bailiff on the show. He also seemed to have a good time with Amy.

Petri called the actress “Her Funnyness”. The star answered writing “Ahhhhh i love you!!!”

Amy also had fun with her sister. They both pretended to be duelling sisters and were in need of some help from Byrd.