A Coffee Date Of Taylor Swift And Joe Alwyn 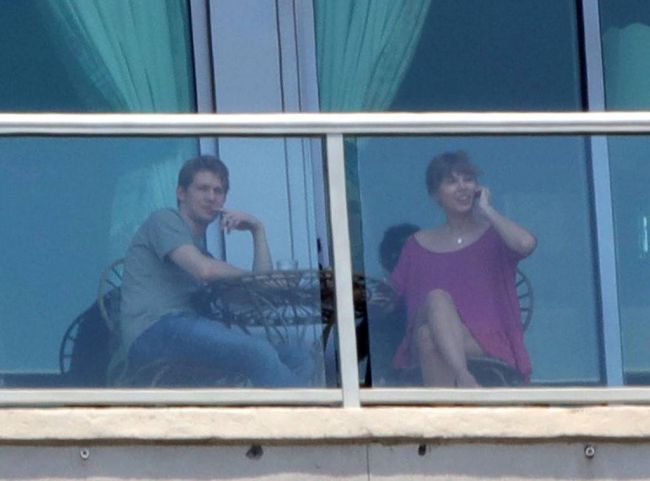 Taylor Swift and Joe Alwyn, her new love from Great Britain, stirred up everyone’s interest while sipping on coffee and communicating on a balcony in Nashville.

Last month spies stated that Swift has left her single-gal card and picked up with a new flame.

A photo surfaced the Web with Taylor in a loose-fitting fuchsia dress and with her man. The British film star kept it cool. He wore a T-shirt and jeans.

What is strange is that Swift is keeping this romance under wraps. However, we know that the two were spending time together in their home cities.

Also, not long ago the coupe was seen in NYC.