Shakira's Son Is Back To His Own Self! 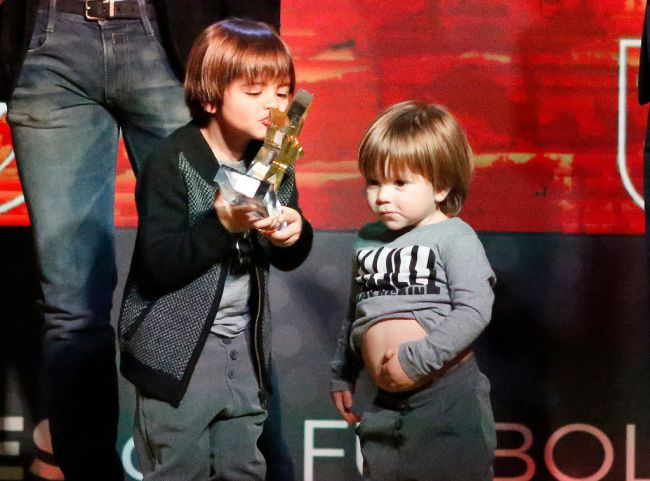 Shakira’s son seems to be doing good. After the illness, Sasha, the little son of Shakira and Gerard Piqué showed up with his parents this Monday at the Estrella Catalan Sports Awards held in Spain.

The star, 39 and her older son Milan looked all smiles during the sport event held in Barcelona. The whole family came to support the famous 29-year-old dad.

We remind you that the Colombian singer wrote on Instagram to express her thanks for the fan’s concern about Sasha.
The singer uploaded an adorable shot of herself and Sasha smiling. According to the beautiful mother, everything is under control and her little one is back to his cheerful self.

Later throughout the day Shakira shared a snap of her sons playing. She captioned it in Spanish saying “My little boys”.