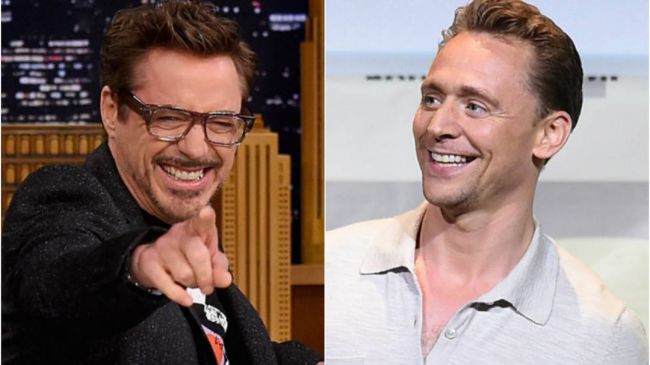 Robert Downey Jr. is glad to have Tom Hiddleston in Instagram.

The star uploaded a snap of Taylor Swift’s mate from his 4th of July time. He is wearing his “I heart T.S.” tank top on it. There also was a hilarious caption added to it.

Downey Jr. wrote: "Join me in welcoming the biggest T.Stark fan of them all to Instagram!"

The British star, 35, joined Instagram and uploaded a shot of his character (Loki).

Hiddleston wrote “He’s back!” We suppose that the shot was taken during the sets of Thor: Ragnarok. The film is shot in Australia.

Just imagine, he already has almost a half of million fans in his Instagram! However, he does not follow anyone so far.

We all are waiting for his comments on Robert’s message