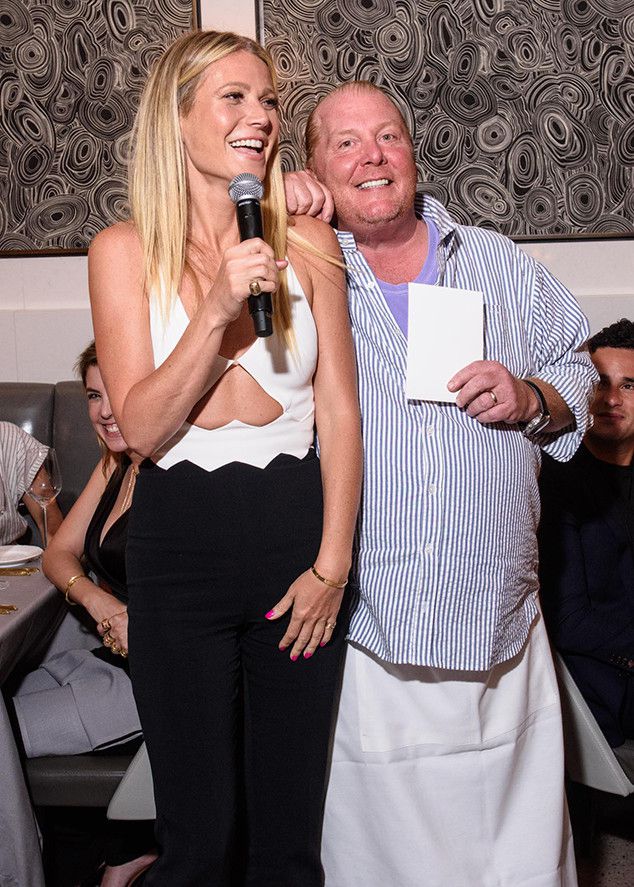 Gwyneth Paltrow's longtime friend Mario Batali has an opinion about her love choices.

Paltrow was hosting a dinner for Goop and Cadillac Road to Table (held at La Sirena, the latest Batali’s restaurant located in NYC). She told people that the prominent chef shared his opinion about Paltrow’s exes with her. He was simply teasing her about every boyfriend Gwyneth brought to his restaurant Babbo. Batali liked Brad Pitt, but Ben Affleck was not to his taste.

Speaking of Affteck, Paltrow said that he was not in a good place in his life during their relationship. However, now she is sure that he settled down and that his wife is “awesome”.

Speaking of Pitt, Gwyneth said that her father loved him as a son. The Iron Man actress joked she pities they did not have any kind of sex tape together. She says he was to good for her and their relationship was before videos on our phones.