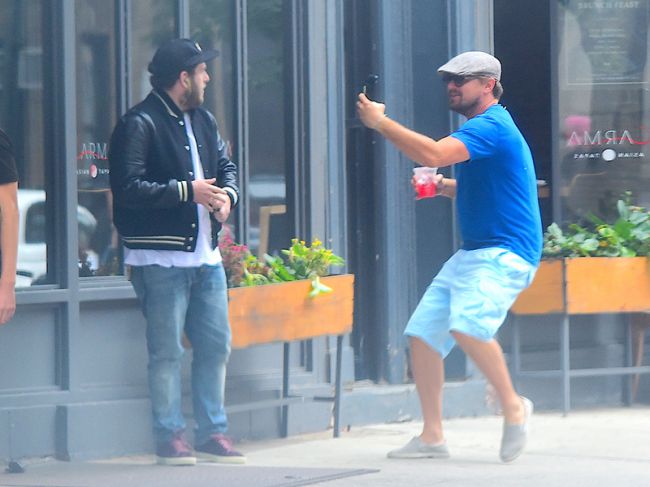 Leonardo DiCaprio is fangirling! Over whom? Over Jonah Hill!

The star made a prank this Monday. This happened when he performed the part of a crazed fan. He met with Jonah in NYC’s West Village. That was a luck that this funny moment was snapped on camera.

Having seeing Hill outside a restaurant, the actor rushed to the star with his cell raised in a manner like he was going to make photos of the actor.

32-year-old Hill was really terrified at the beginning. Later he realized that the crazed fan was Leonardo DiCaprio. The stars gave each other a hug and Jonah laughed at the hilarious prank.