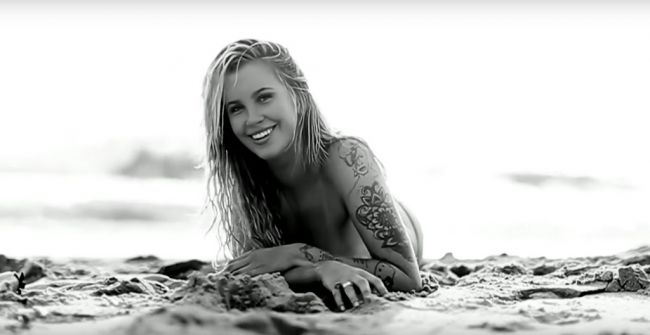 Check out the video for LOVe magazine’s 2016 advent calendar! Ireland Baldwin leaves little to imagine in it!

Ireland is a daughter of Kim Bassinger and Alec Baldwin. The 21-year-old star can be seen rolling and running around on a beach. She is wearing a bikini. Later on she does some striptease and can be seen topless while dipping in the ocean.

This video pays a racy tribute to “Cherish”, Madonna’s music clip from 1989. The star is the 4th star to be featured in this year’s calendar.