How does Jessica Alba Succeed in a ''Man's World''? 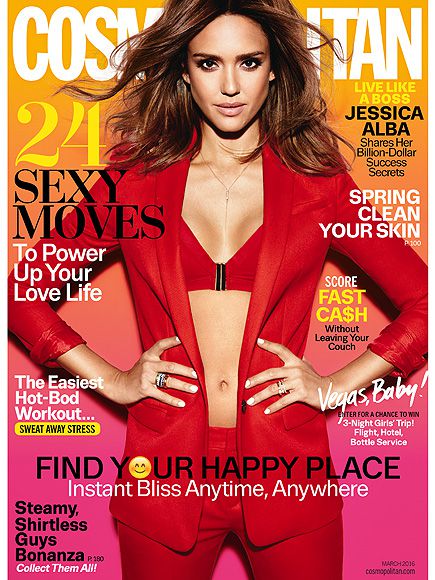 Jessica Alba is not scared of working in a "man's world."

The star is the mastermind of her own cosmetics company, head of a $1 billion lifestyle brand and, according to Forbes, one of the “Richest Self-Made Women” in the U.S. Do not forget that she is a successful actress and proud mother as well.

What is her secret? Jessica never doubts her own expertise.

Speaking with Cosmopolitan, Alba admits that she is in a man’s world in business. Though, the star knows that men do not want the same what women want.

The 32-year-old entrepreneur of the Honest Company tells that she has learned to keep to her feminine interests even when her male colleagues put her questions. In such cases she usually advises going home and asking the male’s wife, as that is a pointless conversation. The actress was very much surprised when men started giving her pieces of advice concerning the package designs for feminine care.