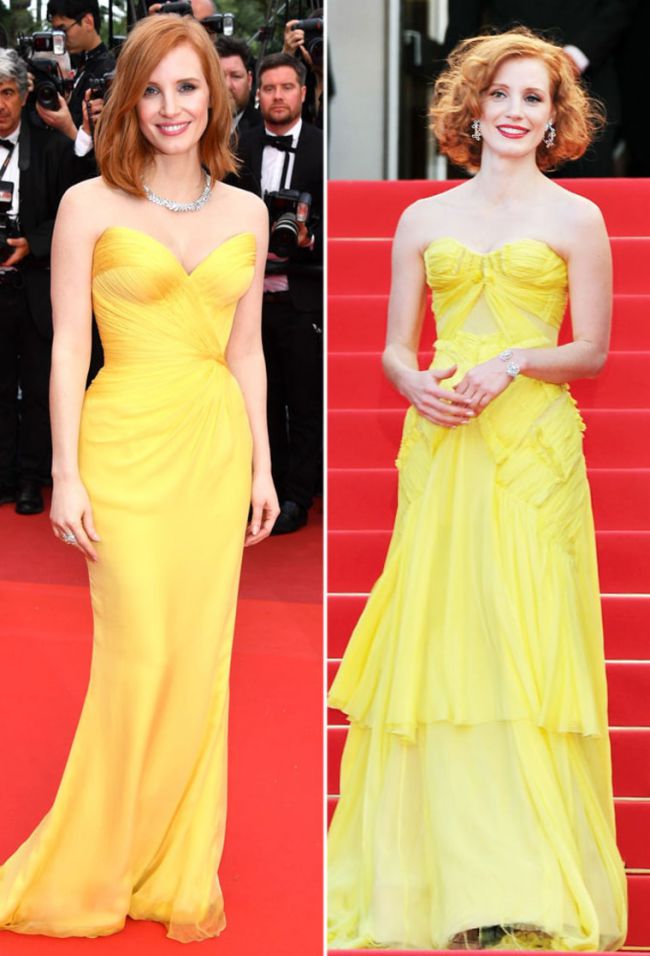 Jessica Chastain was spotted at this year’s Cannes Film Festival. The 39-year-old actress wore a bright yellow Armani Prive dress on May 11. The star attended the Cafe Society debut. This happened in France.

The sunny chiffon selection featured a dose of aged Hollywood glamour with delicate pleating, draped bust and never-ending train. The celebrity finished the ensemble with a yellow diamond ring from Piaget. She also wore a white gold and diamond necklace.

The star made an Instagram post. She wished long years to cinema, Cannes and Vincent Lindon in French. Moreover, the actress paid homage to her filmmaker pal.

Back in 2011 Jessica stole the show in a very similar style. She went to the Three of Life debut at the Cannes Film Festival in a custom-made lemon dress from Zac Posen Couture. By the way, that was her first Cannes Festival. Both gowns are sleeveless and feature intricate details.