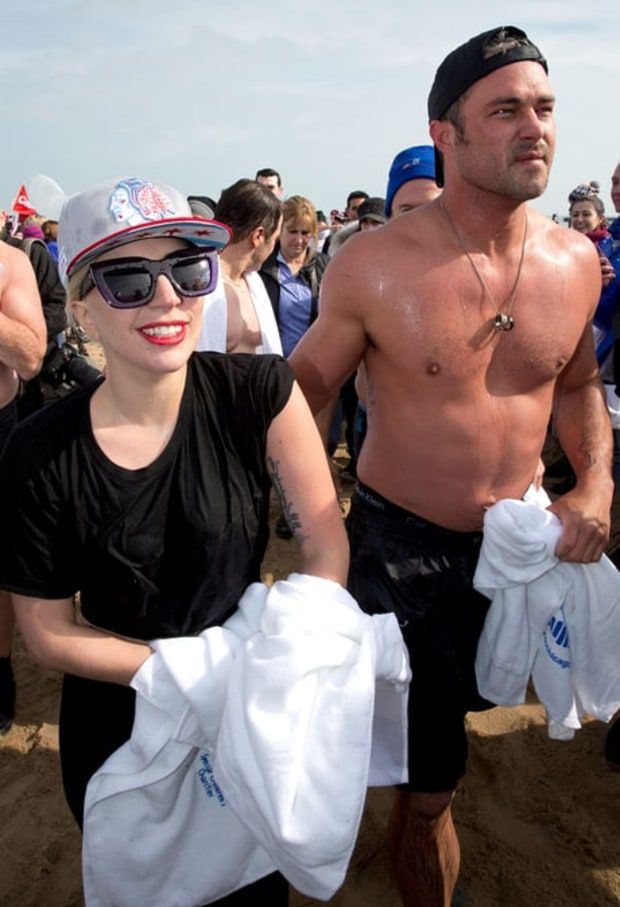 Lady Gaga and her beloved Taylor Kinney undressed to take part in the Polar Plunge at North Avenue Beach held in Chicago on March 6.

The 34-year-old actor with bare top scooped his 29-year-old lady from the cold Lake Michigan water for the fundraiser helping the Special Olympics.

The singer posted a picture on Snapchat. She is catching some warmth from an event sponsor on the photo dressed as a real polar bear.

Empathy without pain is impossible, according to her. The star wrote that she got freezing cold so they can feel the warmth [Special Olympics].

The “Paparazzi” performer sang at the Super Bowl, the Oscars and Grammy Awards not long ago. She wore an oversize black tee, black leggings and a baseball cap. Meanwhile her future husband boasted his tuned body and the hid it in a Chicago Fire hoodie.

The couple took part in the Polar Plunge for the second time. Back in 2015, Taylor gave his fiancée a piggyback ride. 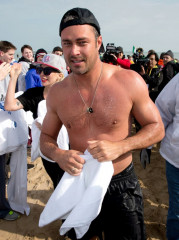