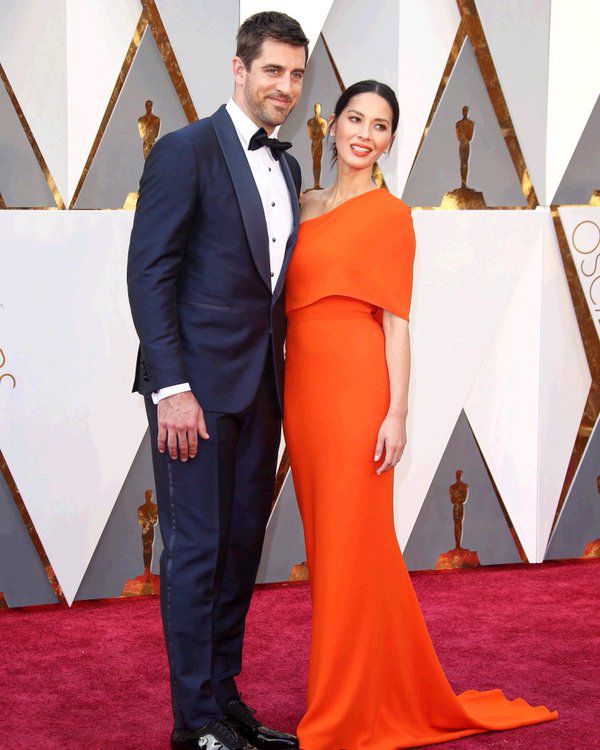 Aaron Rodgers, the quarterback of Green Bay Packers shut down the Chicago Bears. He did it on Twitter on February 28.

The competitor mocked his colour-coordinating look with Olivia Munn, his girlfriend, on the red carpet of this year’s Oscars.

The 32-year-old NFL star woe a navy tux by Isaia matched with Neil Lane cufflinks and shoes by Salvatore Ferragamo. Aaron came with his 35-year-old girlfriend. She beamed with radiance in a Stella McCartney and Jimmy Choo fire-orange red dress.

Attentive admirers noticed that the Zoolander 2 star and her boyfriend put on clothes of the official colours of Chicago Bears.

The NFL shared a picture of the cute couple. The Bears retweeted this message as well.