Pregnant Kristin Cavallari Cradles her Belly in Bikini near the Pool 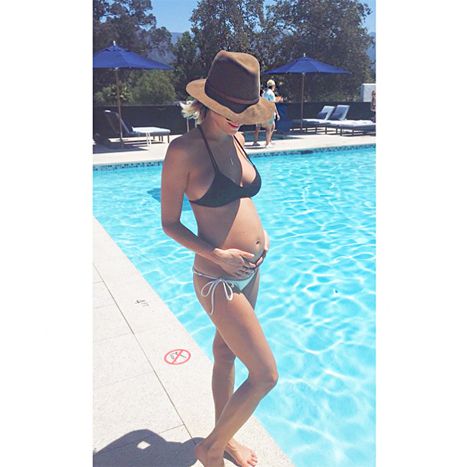 Kristin Cavallari is pregnant for the third time. The star is beautiful and glowing. The 28-year-old ex-Hills star uploaded a sweet pregnancy update on Instagram on June 14. Her 1.3 million followers definitely liked it.

The star is wearing a brimmy hat and sexy black and white bikini in the picture. She is cradling her growing belly while standing near the pool. The shoe designer is married to Jay Cutler. The couple already has a 2-year-old Camden and 13-months Jax. The pregnant beauty spent the weekend celebrating a pal’s bachelorette party.

Cavallari also uploaded a group photo. The Fabulist co-host is sitting on a pool chair and holding her baby bump.
The star wrote that she had the best weekend nevertheless she was the first one in bed.

Cavallari’s third pregnancy was announced on her website this May. She wrote that they are at it again. The star was excited to announce their third baby and growing of the Cutler crew. 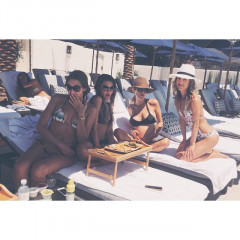