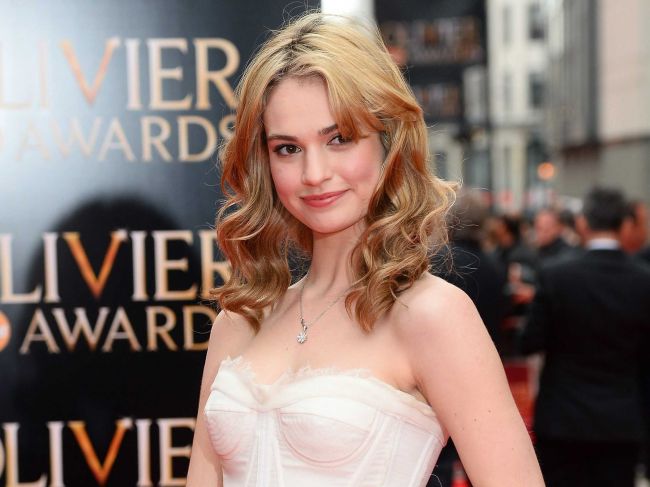 Lily James is fed up with discussing her Cinderella waistline.

The 26-year-old actress gave an interview with HuffPost Live together with the 28-year-old Prince Charming Richard Madden this Monday. The British star shared that she could not even imagine all the controversy over her Cinderella figure that has happened.

Lily stressed that it is both upsetting and boring for her to hear about it again and again. She cannot understand why there is always so much noise about women bodies.

Earlier James stressed that naturally she is thin and healthy. In the interview she recollected about the International Women’s Day which has just passed and said that she still feels sad a little bit because of all these discussions.

Sandy Powell, the designer of Cinderella costume, defended the star not long ago. He explained that the corseted blue ball dress has lead to an exaggerated effect of slimming.

Powell shared with PEOPLE and emphasized that it is exaggerated by the gown’s proportions. The point is that the diameter of the skirt is really huge and it is broader at the shoulders. All these details draw people’s attention to the tiny waist of James.

Her Prince Charming was ready to save her during the interview. Madden assured HuffPost Live that the waist is her natural. He definitely knows how tiny it was – he held it! He also assured everybody that James eats like a boy.