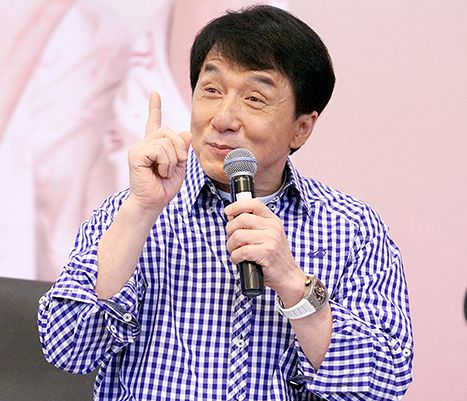 Jackie Chan’s son Jaycee was arrested for drug trafficking in 2014. The Rush Hour star visited a Singapore anti-drug press conference on May 7. Chan told students that he supports the death penalty for people charged with drug-related malefactions.

The 61-year-old star revealed he supports the death penalty on some issues, reported BBC News. The actor considers that those who are hurting thousands of young children are useless and should receive the right punishment.

Chan gave a reasonable argumentation to the Nanyang Polytechnic students and explained that young people say it is just like a cigarette, but he considers it to be not okay, not in his family.

The issue hit very close to home when 32-year-old Jaycee was arrested in August of 2014. He was put in prison for drug trafficking. Chan referred to the problem on Thursday during his conversation with the students. The actor said he was shocked and very angry by the transgressions of his son.

Chan revealed that he is concentrating at Jaycee now. He considered him to be a grown man, but it found out that he is still a boy.