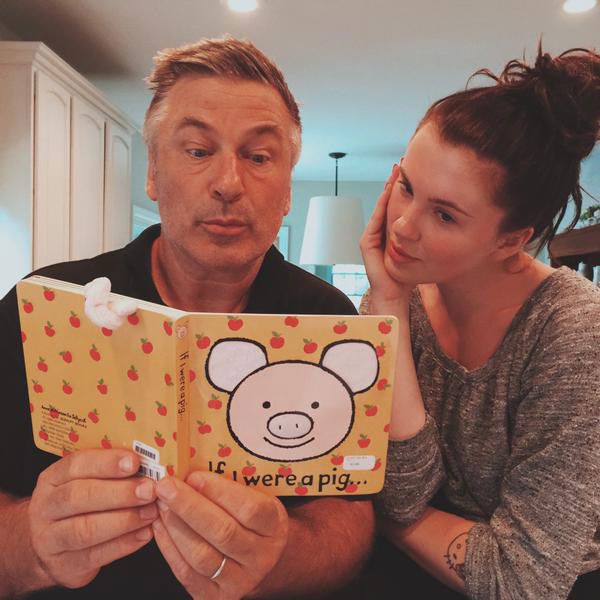 Ireland Baldwin and his father Alec Baldwin mocked the performer’s voicemail rant back from 2007 on Twitter. Daddy called his daughter, who was only 11 at that time a “rude and thoughtless little pig”.

On July 26 the 19-year-old Ireland uploaded a photo where she and her prominent dad read If I Were a Pig, a book for kids. She also made a caption which said that if she was a pig, she would definitely be thoughtless and rude.

The girl has just finished a stint in rehabilitation for an emotional trauma. Not long ago she has forgiven her dad for the much talked-of issue. Alec Baldwin rudely and offensively spoke with his daughter when she missed his scheduled call. Citing Alec, it must be said that he told Ireland that it was needed to straighten out her ass and that she had humiliated her dad for the last time in her life.

Score twice before you cut once. Later the 30 Rock actor confessed that this message made him feel suicidal. His words led to a custody feud between him and Kim Basinger, who is mother to Ireland.

Being under treatment in April, Ireland revealed her current relationship with Alec. The girl got to Twitter and wrote that her family has always supported each other. She even shared a photo with her dad in the hospital.