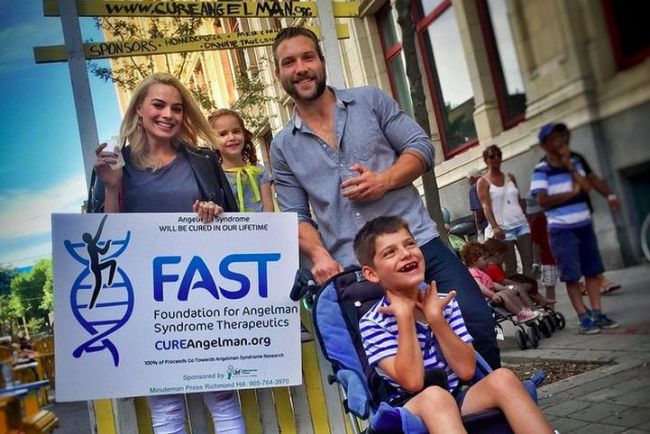 Suicide Squad is gaining loads of publicity each day keeping the temperature of expectations extremely high. The cast members are active both in showing their life in front of the camera and outside the filming domain. In spite of the wild fun they have between the shots, some cordial goodness is not uncommon with them.

Upon the happy closure of the filming part, two actors made up their minds to give up the unoriginal celebration routine and do some charity. The event was local but nonetheless worth admiration on the part of Robbie and Courtney – these Suicide Squad members decided to help a little girl raise some money to buy medicine for her brother.

Angelman’s Syndrome, a serious neuro-genetic disorder of a Toronto boy, attracted the actors to the lemonade stand of the caring five-year-old child. Actually, the residents of the town have been actively donating for the treatment of the kid, the appearance of the cast members made the crowd significantly livelier. Action movie stars supported the ill boy’s sister morally and provided their charity share. Needless to say, the witnesses were elated. The small event was also acknowledged by the mass media worldwide.