Gwyneth Paltrow worries if her Boobs are inside the Dress 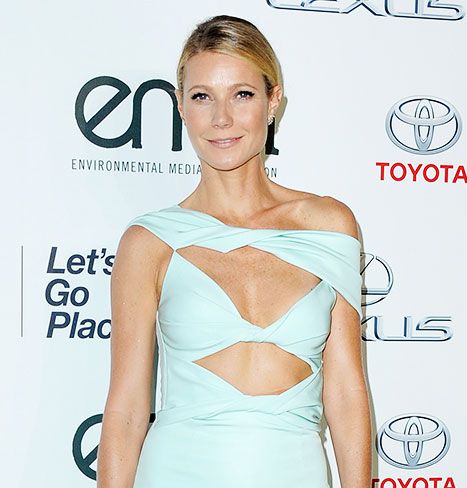 The 43-year-old star accepted the award in a revealing Cushnie Et Ochs blue gown. The actress was honoured along with Blythe Danner, her mum.

The celebrity joked about her breasts. An observer assures that Paltrow was concerned about a wardrobe malfunction. According to him, the star asked if her boobs still were in the dress.

The ex-wife of Chris Martin shares two kids with him. She is mum to 9-year-old Moses and 11-year-old Apple. The girlfriend of Brad Falchuk received this year’s Green Parent Award for the sustainable lifestyle options she has created for Moses and Apple.

The actress made her speech easygoing and funny. The Oscar winner said that she needs to speak quickly as everyone has to drink some alcohol.

According to Us, Paltrow and her 44-year-old boyfriend started dating in August last year. This happened only 4 months after the celebrity parted with Martin. We know that the couple met on the set of Glee, a Fox sitcom, where Falchuk is involved. This was five years ago. Paltrow was guest star on the project.