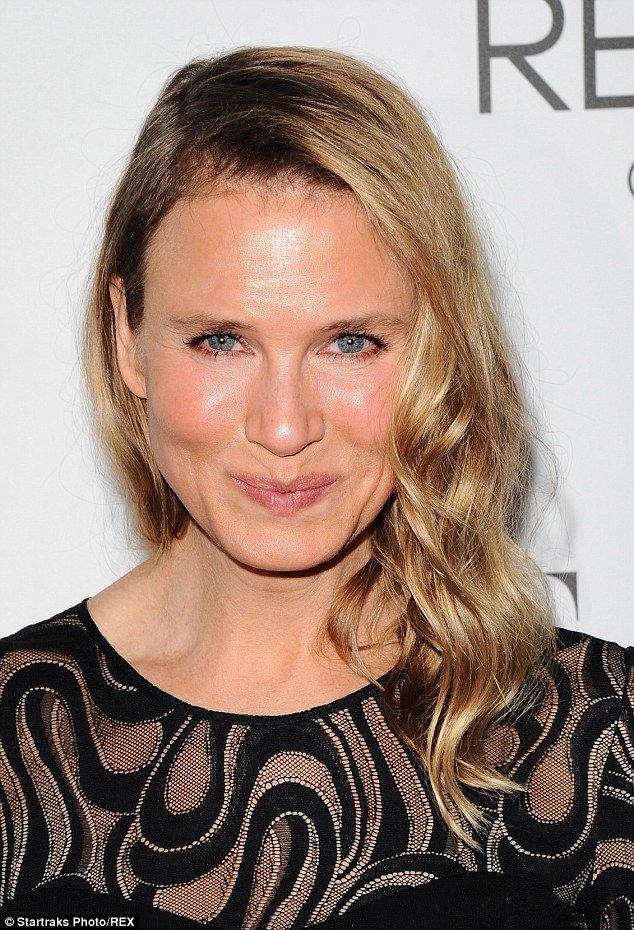 Surprises from the Fashion Week in Paris keep coming. Renée Zellweger was not expected to appear there, but everybody is happy that she did. The star not only wore the gorgeous outfit, she also presented a new hairdo.

The 45-year-old actress visited Miu Miu show in a French-girl cool beauty outlook. The Oscar-winning actress had minimal makeup, a textured top knot and new wispy fringe. The star’s outfit was featuring a Parisian chick. Zellweger was dressed in black dress with lace detail with some nude pumps and a bright red coat over it. She held a little top-handle purse in her hands. The celebrity was posing for photos together with Odeya Rush (The Giver actress). After that she joined the star-studded first row. Zellweger was sitting near Léa Seydoux (an actress from France). Zellweger completed her outlook with a pair of oversize black sunglasses.

The star shocked everybody last October when she presented her new look on the red carpet at Elle’s Women in Hollywood Awards.

The star shared that she feels healthy and happy in her, as she stated it, more fulfilling life. Zellweger shared with PEOPLE that her friends say she looks peaceful. Earlier the star had such a tight schedule that she did not have time to care about herself.

Zellweger said that changing is a simple component of aging, everybody changes when they get older. Though, she changes differently since she is happy.