Bono feels like he has Somebody Else's Hand after the Accident 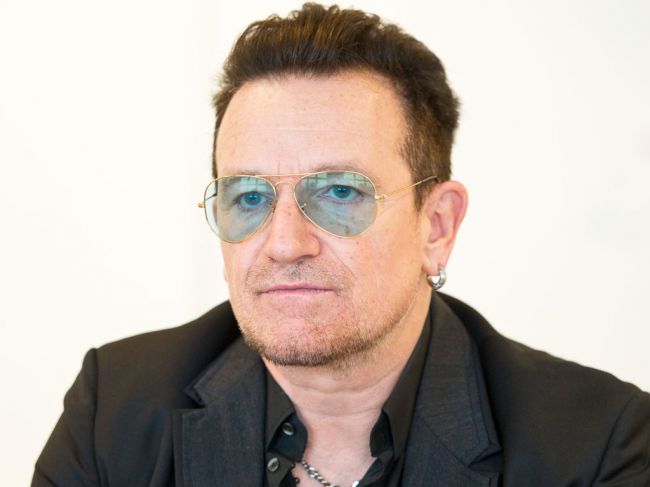 Bono is suffering a long way to recovery after a bike accident in NYC last November.

The 54-year-old U2 frontman revealed he still is not capable of playing the guitar. Five months have passed after fracturing his eye socket, elbow, shoulder and left hand. All because of the crash on a push bike in Central Park. Bono tells he smashed himself to bits.

Not long ago the star shared with The New York Times during discussing the upcoming tour of U2 that he feels like he has somebody else’s hand.

The musician believes he will be able to have full function and movement in his lower arm and fingers. Doctors say that nerves heal approximately a millimetre per week. So, the star counted that in 13 months he should know if it is healing completely.

Showing his left elbow and forearm, the musician explained that everything is numb there and that he has titanium inside.

The newspaper reports that Bono’s face and shoulder have healed.

The actor is having hard times since he can’t play the guitar. Being on the mend, Bono composed songs and worked together with his bandmate the Edge. The NYT reports that he played the chords that Bono could not.

The Irish singer and songwriter underwent five hours of surgery since he sustained serious multiple fractures. Dr. Dean Lorich, his orthopaedic trauma surgeon, revealed Rolling Stone that the singer will need progressive and intensive therapy. Despite everything, the surgeon expected a full recovery.

Back in January the star wrote on the website of U2 that the process of recovery appeared to be much more difficult than he expected. Bono was not sure if he will be able to play the guitar again.

U2 turned back on stage and have rehearsals for their Innocence and Experience tour. The tour starts at Rogers Arena (Vancouver) on May 14.