Vanessa Paradis appeared in a glamorous photoshoot for glossy 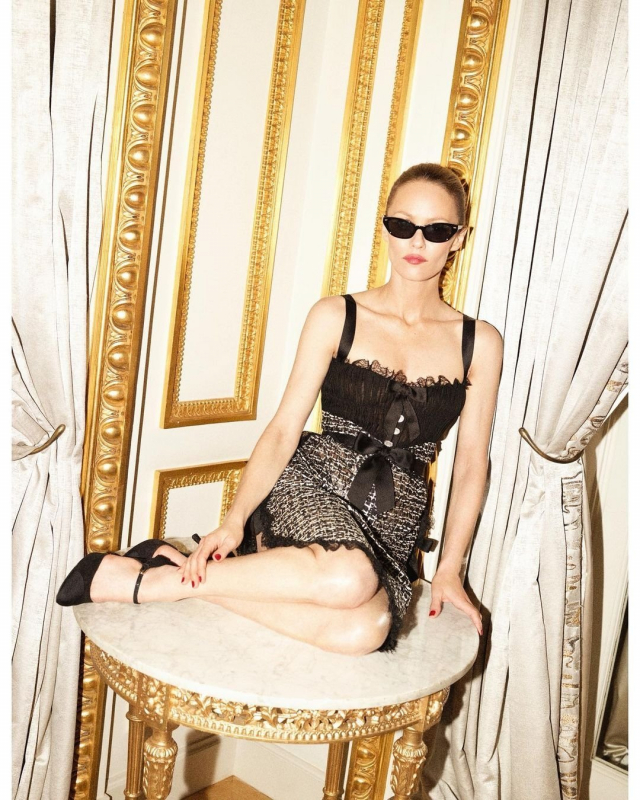 48-year-old French actress and singer Vanessa Paradis became the star of the new issue of Elle and starred in a feminine photoshoot for the glossy.

Vanessa Paradis graced the cover of the new October issue of Elle. The star posed in profile on the photo, showing a stylish cape with big buttons from Chanel.

Vanessa has been the muse of Chanel for many years. So, the actress appeared in a new shoot for the glossy exclusively in products of her favorite brand.

Vanessa Paradis, 48, has tried on a leather coat, tweed dress with lace, the luxurious transparent dress made of tulle, golden trench coat, and seductive fringe mini.