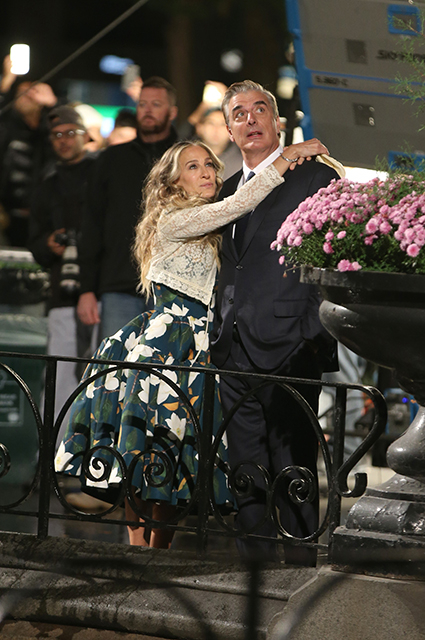 It seems that the creators of the continuation of the series "Sex and the City," which was called "The Story Continues," want to confuse the fans of the legendary show even more.

Carrie Bradshaw and Mr. Big were laughing a lot, holding hands, and hugging in the footage. In general, they acted as a couple in love, although there were rumors that they would break up in the continuation of the series.