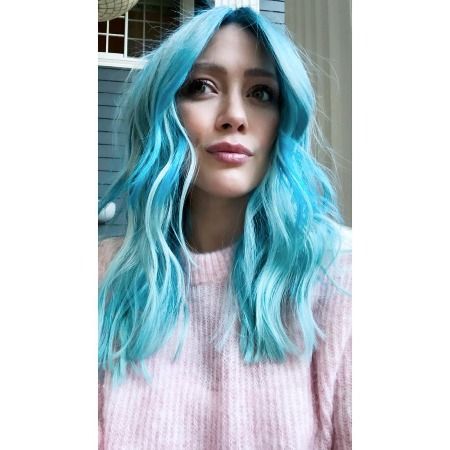 The 33-year-old actress and singer Hilary Duff does not sit still during pregnancy.

Now the star is in the final stages of pregnancy and suddenly decided that it is the right time to change the image. Hillary posted a photo of herself with bright blue hair on her Instagram page. The singer soaps called "Little Mermaid," "fairy," and just a cool mom in every way in the comments. Hillary herself explained her impulse this way:

"As soon as I got home from New York, I wanted a change. And all I can say is @riawna, and @nikkilee901 love me. First of all, they said "yes" to another crazy change so late in my pregnancy ( at least I didn't trim my bangs!). And second of all, it took all day! I love you people, and I swear it doesn't mean I'm having a boy... Although my mom thought it was a hint! We don't know what we're having yet, but we'll find out soon enough," Hillary wrote.