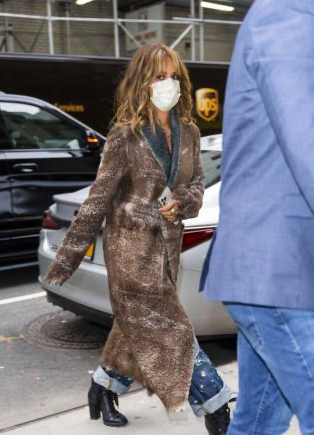 Actress Halle Berry, 55, showed a stylish look on the streets of New York.

The image was completed with gold jewelry, as well as black lace-up boots. Holly had her hair up in voluminous and slightly careless curls. She wore a face mask, and in her hand, she carried a phone.

The actress was in such an image is unknown, but the paparazzi took the photo in the Chelsea area.

Earlier it was reported that Halle Berry chose a dress with a deep cleavage for the star event.