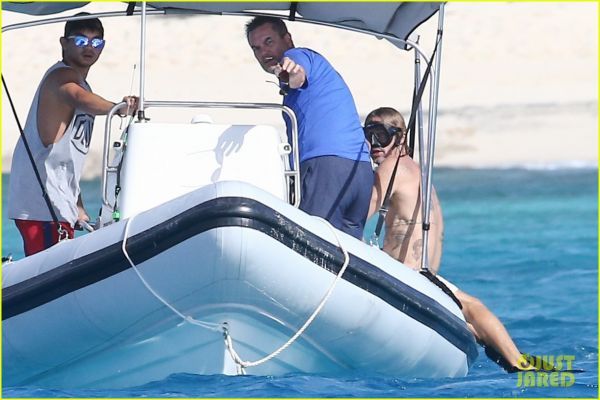 American actor Brad Pitt showed off his tattoos while on vacation at the resort of Amara.

While diving from a boat, the artist was left without a shirt, so random witnesses took pictures of his drawings on his body. The photos were taken on January 2, when Pitt and his friend Fli (bassist for the rock band Red Hot Chili Peppers) were spending time on the "paradise" islands.

The celebrities swam with masks and snorkels in the clear water. As noted in the photo, the famous actor has at least seven tattoos on his back. Network users saw a tornado and several words written in Sanskrit.