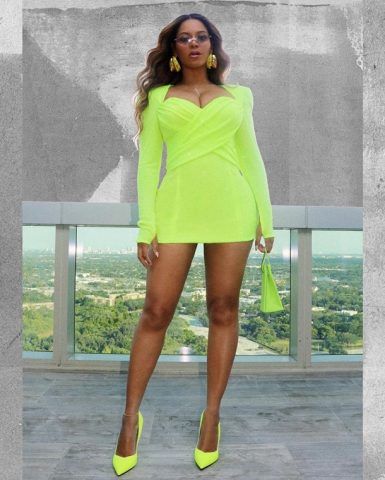 The singer appeared in bright seductive outfits. She wore a short lemon-colored dress with a deep cleavage and posed against a picturesque background. Beyoncé also wore lettuce shoes and a purse of the same color.

In addition, the celebrity showed pictures in a white suit. She appeared in an unbuttoned jacket without underwear and decorated her cleavage with a pendant with the inscription: "Square."