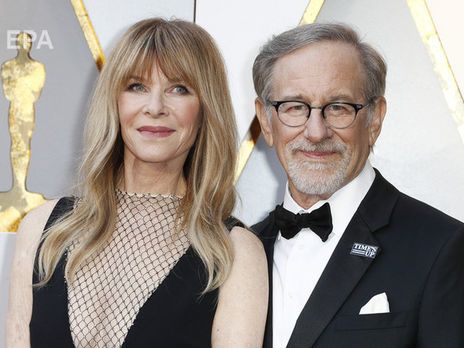 According to Michaeli, singers on Instagram learned about her plans, and a few days ago, she told her adoptive parents about this - American director Steven Spielberg and actress Kate Capshaw.

The tabloid reports that the girl regarded their reaction as "intrigued." She is sure that her parents were not upset by the changes in her life.

Explaining the motives for the decision, Michaela admitted that she would like to "benefit from her body."

In her opinion, the new work will help to become financially independent from wealthy and eminent parents.

After an interview with the tabloid, Michaela Spielberg posted a post on her Instagram page, warning subscribers that she would delete criticized comments.

"If you say that my naked body is a sign of disrespect for my family, I will expel you," she wrote.

Throw back to one of my first and only photo sets ðŸ˜­ðŸ™ðŸ¼. This was the only insta safe one and it’s also my fav â£ï¸. Also I’m super proud of the necklace because it was the first piece of jewelry I bought with my own finances ðŸ’¯ðŸ’¯ðŸ’¯. Also where are y’all getting those cool censorship stickers at ? Also if you say me having my body on display is disrespectful to my family I will quite literally yeet you into the sun. I just noticed the tag btw ðŸ¤£ #swerfsnotwelcomehere #18plusonly #celebrateyourbody #amatuermodel #perfectlyimperfect #plussizelingerie #plussize #thicc #18plus #uniquefeatures #tryingmybesteveryday #pinup