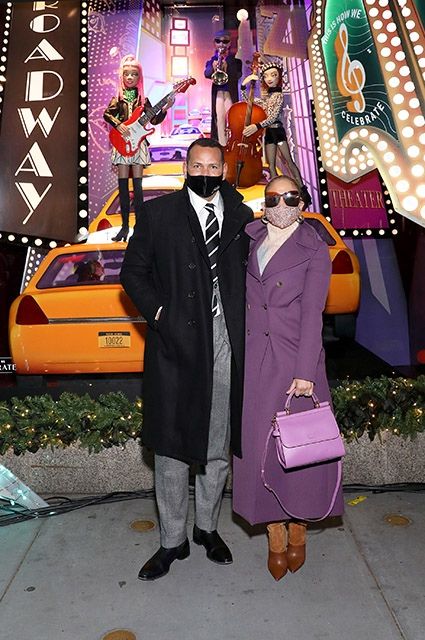 In public, Lopez, who shone on the Microsoft Theater stage in Los Angeles the day before in a sheer black bodysuit, appeared in a white sweater, brown pants, and matching boots, in a long purple coat.

She complimented the image with a bag from Dolce & Gabbana and a protective mask.

According to Rodriguez, the Saks store has always been of particular importance to him.

'When I was a kid, and I walked past the store with my mom, everything seemed inaccessible to me. But the Saks is the same cult thing as the New York Yankees or the Statue of Liberty, and there is no better time to stay in the world's largest city than now,' he said.