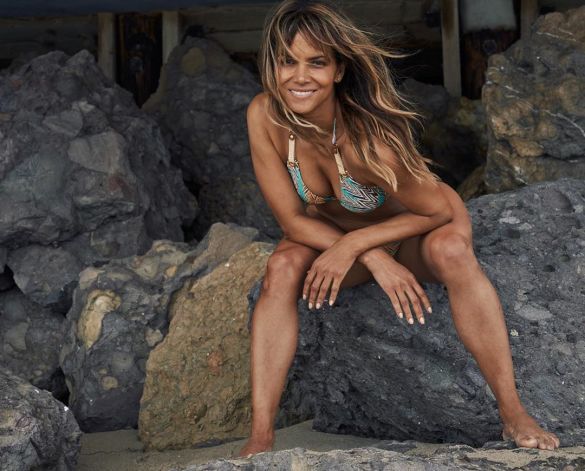 Halle Berry posted on Instagram her archive photo, taken 20 years ago at the premiere of the film "X-Men."

The actress decided to do it in honor of the 20th anniversary of the franchise.

The star is captured in a bright bikini bodice, the same trousers, and a black transparent unbuttoned blouse. The breasts in this bikini look very sexy. Berry wore a rhinestone chain around her thin waist. She has sunglasses on her face.

"A bikini can be the top of an outfit if it's with rhinestones," she wrote under Holly's photo.