Against the background of rumors of divorce, Kim Kardashian published a family portrait 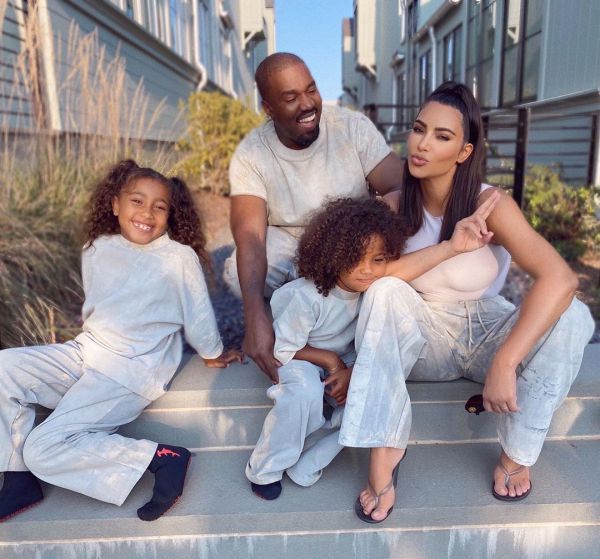 In recent months, rumors have been circulating on the Internet that Kanye West and Kim Kardashian will divorce.

The breakup of the star's family is called Kanye's bipolar disorder, his refusal to receive treatment, and Kim's unwillingness to tolerate the antics of a man who gives too candid interviews to the press says he is running for president of the United States.

However, it seems that the family is now temporarily reconciled: on Instagram, Kim posted a photo she poses with children and her husband.