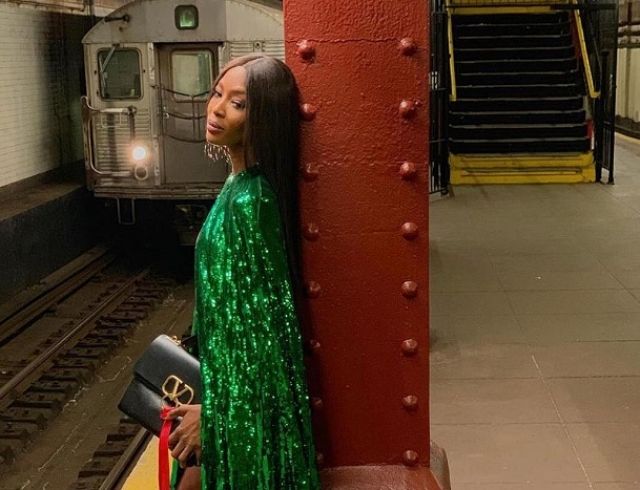 Recently, the famous model Naomi Campbell appeared in a VRING Pre-Fall 2019 commercial from the Valentino brand. Great photoset took place in the subway.

It is no secret that Naomi continues to do his personal work and remains in demand in the modeling business, as well as at the beginning of his career. Recently, the star starred in an advertising campaign, which took place in the usual subway.

A celebrity appeared in a photo and video in a brilliant green cape on a naked body. Heeled shoes and a small handbag complement the image of a night metro passenger. The mysterious heroine of the photo shoot rode the underground train and walked around the station.

The authors of the photos were photographers Inez Lamsweerde and Vinud Matadin.