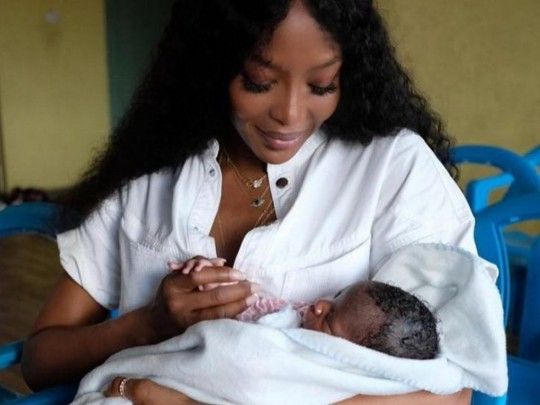 Social networks and media explode with the news that British supermodel Naomi Campbell became a mom at 48.

Naomi posted a touching photo on her Instagram page with a baby in her arms. The fans immediately decide that she adopt a child, and began to congratulate Naomi, who had never been officially married.

However, as reported by Page Six, the fans were in a hurry. A spokeswoman for the model said she didn't take the child to be raised. The picture was taken when Campbell visited the orphanage for abandoned children in Lagos, Nigeria.